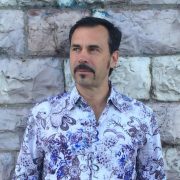 Cochrane, AB Canada, May 20, 2020 1300H GMT
4iiii Innovations Inc. welcomes Phil White as its Acting President to fortify the company’s growth
trajectory as an innovation leader in sports electronics and sensor technology. White was the co-
founder of Cervélo Cycles, a global brand well known for innovation that grew from a school basement
project to be the world leader in road and triathlon. Upon the sale of Cervélo Cycles to Pon Holdings,
White assumed the role of Chief Innovation Officer at Pon.Bike until 2017. Most recently, White has
been providing expertise and mentorship as a 4iiii Board member.

Kip Fyfe, 4iiii CEO, and the Board of Directors are delighted to welcome Phil. Kip added “Despite this
challenging economic climate, 4iiii is seeing solid demand for trainers and power meters. Phil
understands the need to support the current demand and also plan for our innovation & growth. His
unique blend of strengths in design, manufacturing and marketing make him the ideal candidate to lead
the team over the next quarter and potentially beyond.”

“I’m excited to be involved with an innovative company and a fantastic team” White commented. “4iiii
is a leader in sport electronics and is a major player in indoor cycling and fitness. 4iiii equipped bikes
have won Paris-Roubaix and stages of the Tour de France and Giro d’Italia. This year, André Greipel
and the Israel Start-Up Nation UCI Men’s World Tour team as well as the Tibco SVB UCI Women’s
World Tour team are riding with 4iiii power meters. Pro cyclists choose 4iiii PRECISION Powermeters
because they are the most reliable and their proprietary tri-axial strain gauges make them more
accurate than anyone else.”

4iiii is well positioned to support both dealers and consumers, even with the increased demand for
indoor training and virtual racing in today’s COVID-19 reality. White adds “I was really impressed how
the team immediately adapted to COVID-19 by moving most people to work from home and creating
isolated assembly and quality stations in the factory to keep production going. These quick, innovative
changes have allowed the company to keep our dealers and the 4iiii.com store well stocked as
demand has skyrocketed for our trainers and power meters.”

About Phil White
Phil White co-founded Cervélo Cycles with Gerard Vroomen in 1996. White and Vroomen took
Cervélo from a basement school project to the pinnacle of triathlon and road cycling. Cervélo became
the engineering leader in the bike industry and helped redefine cycling. They designed the most
popular triathlon bike in the world (based on the Ironman bike count) and the most popular bike in pro
cycling (based on CyclingNews reader polls). Tour Magazine recognized Cervélo as the continued
engineering leader when they found it was the fastest bike in every category that they tested (aero
road, lightweight road, and TT/triathlon). They were also the first bike company in decades to drive
the sport forward by starting their own pro cycling team, the Cervélo Test Team. After Cervélo’s sale
to Pon Holdings in 2012, Phil assumed the role of Chief Innovation Officer and remained as the non-
executive Chairman of Cervélo. Since 2017, White has pursued adventures in innovation, mobility
and performance. Phil believes in the power of entrepreneurship, innovation, and design and enjoys
sharing his expertise and knowledge as a guest speaker and lecturer at universities and colleges
throughout the world. He is a member of the 4iiii external Board of Directors.

About 4iiii Innovations Inc.
4iiii is a Canadian sports technology company based in Cochrane, Alberta. 4iiii is a team of engineers
and athletes dedicated to improving personal performance through the development of superior
training tools, including cycling power meters, heart rate monitors, and cycling trainers for the outdoor
and indoor cycling and fitness markets. The company seeks to build not only the best and most
accurate equipment but to do so at an affordable price so that every athlete can gain the benefits of
better training. 4iiii equipped bikes have won Paris-Roubaix and stages of the Tour de France and
Giro d’Italia. The company currently sponsors many professional teams including André Greipel and
the Israeli Start-Up Nation and TIBCO Silicon Valley Bank UCI World Tour Pro Cycling teams.
Complementing the benefits of power meter data, 4iiii also offers the Viiiiva Heart Rate Monitor and
Fliiiight Smart Trainer. Viiiiva not only measures your heart rate, but also stores up to 65 hours of data
from connected sensors and lets you bridge ANT+ devices to bluetooth-enabled devices like your phone,
tablet, or PC. Fliiiight is a silent, non-contact smart trainer that raises the bar for accessible quiet indoor
training. Learn more at 4iiii.com

Straining for Power
Scroll to top